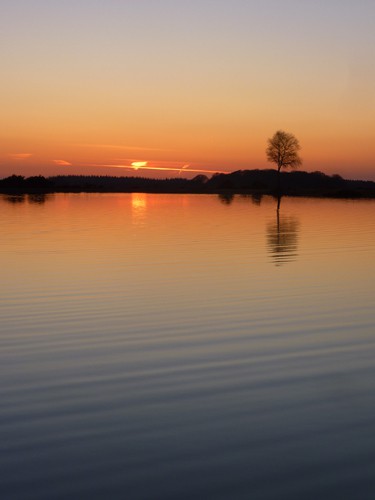 A wander around the Fox Hill area of the central New Forest on a blissfully sunny and still afternoon. I park at Andrews Mare car park which is in a holly holm on the Stoney Cross plateau, just south of the A31 off the road towards Emery Down. It’s a lovely peaceful area of the Forest. The view west from the car park, one of the few oaks on the edge of the holly trees framing a perfectly clear sky (apart from the odd contrail). After a short walk along the ridge, the three ponds come into view. The largest is often used by the Solent Radio Controlled Model Boat Club. In fact last time we were here we met one of their members and his beautiful handmade craft. I turn left and head down across Murrays Passage. In the New Forest, a passage is a safe route across a boggy valley or ‘Bottom’. Murray’s Passage crosses Withybed Bottom and is named for one Admiral Murray who was killed whilst out hunting in 1901. The passage was constructed using money donated to his memory. To my left the rising ground and the sky create a palette of browns and blues. At the top of the rise on the other side by Stonard Wood, the sign denoting its name. I make a detour through the edge of Stonard Wood to take in the view over Ringwood Ford Bottom. Golden light touching the old heather almost giving it back its autumn purple hue. Turning back to my path, the trees on the ridge are silhouetted by the lowering sun. Back on my path towards Fox Hill, ponies eating gorse out in the heather. The evening haze has turned the sun huge above the horizon. I bypass the car park and go back to the ponds to watch the sun go down over the water. Gentle ripples come from someone’s dog playing at the far edge of the pond. Harry decides to have a paddle too. The sun has gone leaving a deeply orange sky. Strange scribbles of cloud and a contrail are lit up. As I turn to leave, I spot this bouquet in the water. I wonder what the story is there?